One of my favorite eras of manufactured spending was when Office Depot sold Vanilla Reloads. You could load $500 on each for only $3.95 per reload, and send the money to a variety of prepaid cards (including Bluebird).  If you used a Chase Ink card, you got 5X points on the purchase, meaning you could get 2,520 points for ~$4 and minimal effort.  That was fantastic.

Unfortunately, those days are long gone, and Ultimate Rewards points have suffered in terms of value due to devaluations on United, British Airways, and Hyatt, amongst others.

However, thanks to @konorth and @PointChaser, I got a bit of nostalgia on Saturday evening.  I just happened to be back home in L.A. and saw their tweets that OfficeMax is selling $500 Metabank Visa Gift Cards for only $5.95.  I “rushed” out to OfficeMax and found variable load cards that I could put $500 on. Initially, I tried Mastercard Gift Cards, but those were not loading properly (I found out later on Twitter this happened to a lot of people). 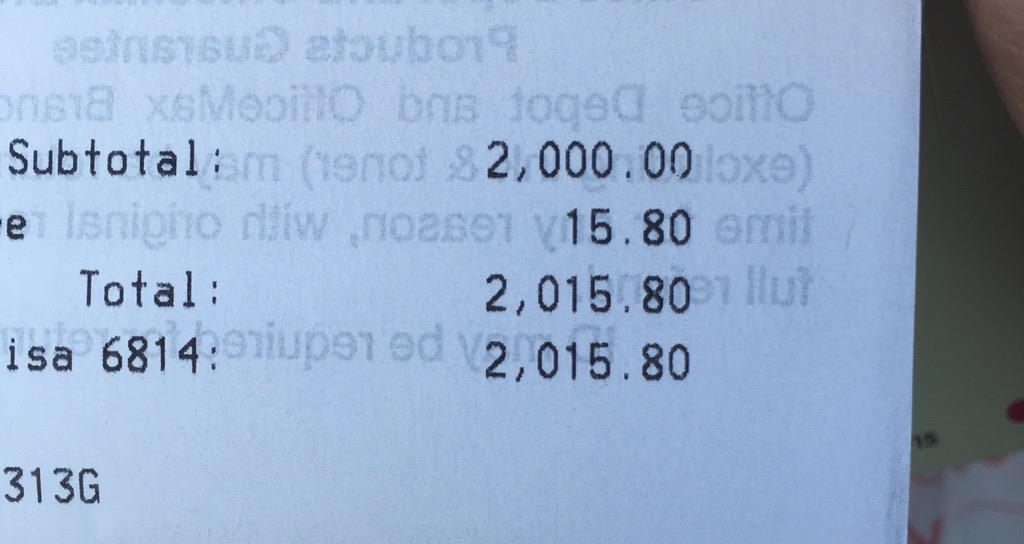 I then took the cards to my local Walmart and loaded the cards onto Bluebirds (which I had conveniently brought to L.A. with me).  For the cost of $15.80, time, gas, and visiting Walmart, I earned 10,079 Ultimate Rewards points – not a bad haul.

Is this a great deal? It’s up to you. I used to jump at opportunities like this, but I’ve come to value my time a lot more (plus I tend to have more points than I know what to do with). To be honest, I haven’t MS’d outside of online deals in a long time and this was a bit of an adrenaline rush to do it again like the olden days. If you have a use for Ultimate Rewards points or can use a quick $2,000 in gift card spending, this is a good deal. I don’t know how long it will last.

Note: While OfficeMax and Office Depot are now one company, the initial news was that this is at OfficeMax locations. I did not personally check an Office Depot location. If you find these gift cards at an Office Depot, please comment and let us know! Thanks!